Polyamory: Beyond the confines of monogamous love

What is polyamory, really? In this Spotlight feature, we investigate.

In most societies around the world, people dream of finding “the one” and forming a committed relationship with that one person — for life.

Movies and books are filled with “happily ever after” stories involving soulmates that were simply “made for each other.”

Yet, over the past few decades, more and more people have been speaking out, saying that monogamy is not for them.

According to recent studies, approximately 4–5% of all adults in the United States have consensual nonmonogamous relationships.

Is it a dream come true, a way of “having your cake and eating it, too,” as the saying goes? Or, is being in a polyamorous relationship really not that different from being in any other kind of relationship?

For this Spotlight feature, we have spoken to four polyamorous people, asking them about polyamory facts and misconceptions and about how this lifestyle works for them.

When speaking to polyamorous people about how they would define polyamory, the same reaction came up over and over again.

“It’s probably the hardest [question] to answer,” one interviewee, Ella, said. Another, Sebastian, exclaimed, “quite a hard question, to be honest!”

The difficulty comes from the fact that polyamorous relationships can take various forms. They can be hierarchical, with one partner being the “primary” partner, or nonhierarchical, in which all partners have equal standing.

Moreover, a person could be in separate relationships with different partners or in a relationship in which all or several partners are also romantically engaged with each other.

Yet, there is usually a common theme, when it comes to defining the notion of polyamory. Christian Klesse, Ph.D., a researcher and lecturer at Manchester Metropolitan University, in the United Kingdom, specializes in sexualities. Klesse explains this conundrum in a paper that features in the journal Sexualities.

“Polyamory it is a contested term. Its concrete meanings have been an issue of ongoing debate,” Klesse writes. However, he continues, “Love is central to the discourses on polyamory, [which] is clearly revealed in an analysis of the etymological roots of the term.”

Indeed, the word “polyamory” comes from the Greek root “poly,” meaning “many,” and the Latin root “amor,” meaning “love.” Quite literally, it means “many loves” — being romantically involved with multiple people at the same time.

Despite noting how hard it was to define polyamory, this was actually what all the polyamorous people who spoke with us said: Polyamory is about spreading the love.

“It’s a lifestyle where, essentially, I am not confined to the things that everyone else is confined [to] in relationships. The way that I see it […] is that you have multiple loving relationships with multiple people at the same time,” said Ella.

“For me, it’s about doing stuff that I think a lot of people want to do anyway, but it’s a kind of honest and ethical way of doing so,” Mary told us. At the moment, she said, she happens to only have one partner. But the framework of a polyamorous relationship would allow her to also become involved with other people:

“Even though I do only have the one partner at the moment, I could have others, and that wouldn’t be a sign that there’s anything wrong with me. It would just be an opportunity to increase the amount of love and pleasure that you get in life.”

It’s not (just) about the sex

The polyamorous people who spoke with us also agreed on another issue: the main misconception that non-polyamorous individuals tend to have about this practice. 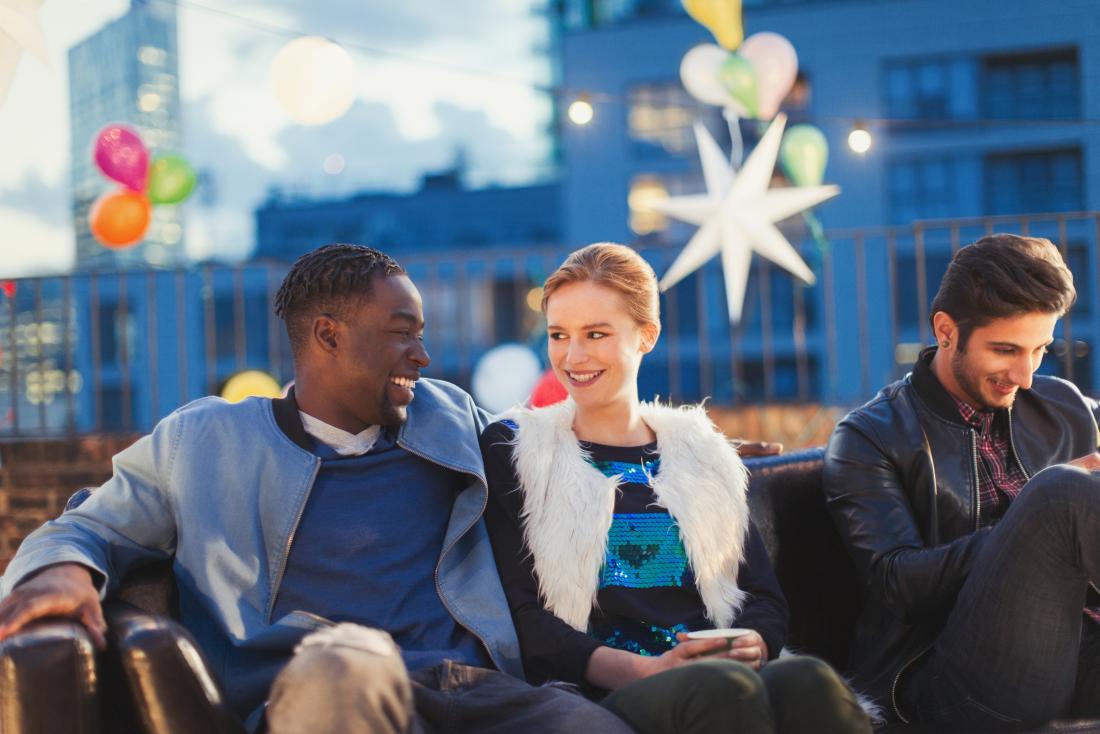 Polyamory is not just about having more sex, and it is not a creative form of cheating on one’s partner.

“Many people mistake polyamorous relationships for open relationships,” Jim told us. So what’s the difference between the two, really?

By contrast, polyamorous people often — though not always — start seeing different people with a view of pursuing a meaningful romantic relationship with them. Sex can be part of the deal, but it is not usually the focus.

Another common misconception is that polyamory is a creative form of cheating on a stable partner. Mary, who is in a relationship with a person who already had a romantic partner when he started seeing her, told us that she often encounters this stereotype.

“Sometimes I’ll chat to people about [polyamory, and] even people I’m quite close to […] they’ll make little jokes like, ‘Oh, no wonder [your polyamorous partner] is having an affair.’ And it’s like… no, that’s not really it,” she told us.

“No one is cheating,” Ella also said, when pointing out common misconceptions that she encounters about polyamory. “The idea is that we’re all open and honest and that we follow a moral code that [we agreed on within our relationship].”

‘The last person I would expect to do that’

Are all people “secretly” polyamorous, but just unwilling to admit that this is how they would prefer to lead their romantic lives? Mary thought not. She said, “Some people, I think, can get quite evangelical about [polyamory] and say, ‘Oh, everybody’s [polyamorous],’ and I think that’s not the case at all.”

And yet, what kind of a person do you have to be in order to practice polyamory? And how do you get into it?

Some of the individuals who spoke to Medical News Today said that they had known for years that their natural inclination was to be in love with several people at once.

“I actually realized [I was polyamorous] very, very early on — I was 13, 14. But I didn’t have a framework […] or a concept for it until I was 21,” Ella told us. Mary, too, said that she had been interested in polyamory for years before she entered into her first polyamorous relationship.

But others said that they had never considered that polyamory was an option for them until they just… accidentally fell into it.

“Although I know that some people get something of a ‘eureka moment’ when they discover polyamory for themselves, that hasn’t been the case with me. I’m not sure why I’m polyamorous. It’s probably because many of my close friends are, which made me curious about it,” Jim told MNT.

Something similar happened to Sebastian, who explained: “I met someone who was already involved with that [scene] […] so I kind of fell into the scene, really. As I started to do it, I realized it was completely normal to me, [and that] it felt quite natural.”

He also noted that this came as a complete surprise to his friends, who had perceived him as being quite a conventional person:

“My best friend [was] quite surprised. I think his exact words were: ‘Sebastian, you’re the last person I would expect to do that!'”

Although people who practice polyamory may not have any magical superpowers, sometimes it may seem as if they do. Healthy polyamorous relationships are based on good time management skills and great communication, according to the people who spoke to MNT. 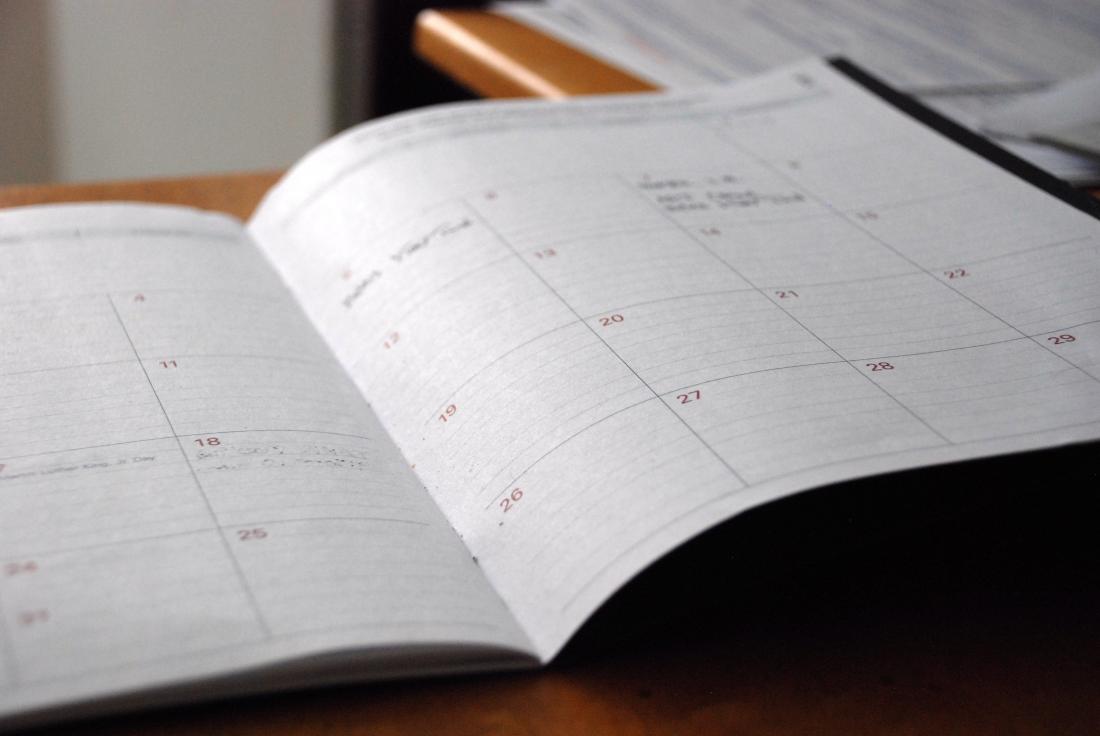 Polyamory can involve a lot of tight scheduling, and this can be a challenge.

For one, the partners in a polyamorous relationship have to be great at explaining what their expectations, needs, and limits are and at checking in emotionally with their partners at every step of the way.

Different types of polyamorous relationships, therefore, come with different sets of rules, depending on the needs of the romantic partners.

Ella also noted that, early on in her life as a polyamorous partner, she had to learn to fully understand where any negative emotions, such as jealousy, might come from.

By doing so, she said, she came to understand that not all negative emotions were, in their essence, related to aspects of her relationship. Moreover, this allowed her to find better coping strategies for such emotions.

“I’ve had to face anxiety and jealousy and whatever difficult feelings that might come with [knowing that my partner is on a date with someone else],” Ella told us.

“I’ve experienced the fact that [my primary partner] has dated and has seen people, and I’ve had to confront the fact that I was home on my own while my boyfriend is out there seeing someone who they may or may not end up having sex with that night, ” she continued.

“I am someone who doesn’t like to be alone […] and I was noticing that that was the thing that I was getting stressed out about the most. [I realized] that this is not, in fact, related to polyamory. It’s not the fact that he’s seeing someone, it’s just the fact that I’m alone right now, and that’s something that I can fix.”

Indeed, the issue of jealousy seemed to come up time and again for other polyamorous people, too. Mary told us that she had experienced jealousy when thinking about her partner being with someone else and that this is an emotion that she still sometimes reckons with.

Sebastian, instead, told us that jealousy has not really been an issue for him because his partner is great at continually showing him that she cares about him and his feelings.

As for time management, both Ella and Mary agreed that this can be one of the most challenging aspects of maintaining polyamorous relationships.

Ella, in particular, noted that this could sometimes be a source of worry. Currently, she is in two separate relationships with two different polyamorous men, but her relationships are hierarchical: She has a primary and a secondary partner, which means, among other things, that she dedicates a set — and distinct — amount of time to each.

While she said that this has worked well for them so far, she explained that she could well imagine a situation in which time might become even more difficult to negotiate.

“The thing that I’ve found more challenging is if I’ve reached my quota [of time with my secondary partner] and my secondary partner is having a difficult time for some reason […] like, imagine [that one of his family members has] died, then that’s something that I would like to be there for him, for a prolonged period of time,” Ella told us.

And, she continued: “What if that happens? Am I going to have to neglect [my primary partner] for like a week or two?”

Despite these challenges, there seems to be an overarching sentiment that polyamory is worth the effort, purely for the amount of love and support that goes around among the partners.

Disclaimer: We have changed the names of all the interviewees featured in this article to protect their identities.

Can bananas help you lose weight?

Can bananas help you lose weight?

What to know about amitriptyline

To Cut Down on Boozing, Offer Other Choices: Study

What Are the Benefits of Eating Cantaloupe? 10 Benefits

How Would You Know If a Person Has Scurvy?