In this Spotlight feature, we offer some top tips on how to beat social anxiety.

The Anxiety and Depression Association of America (ADAA) indicate that about 40 million adults in the United States experience a form of anxiety each year.

Of these, around 15 million have social anxiety, which manifests as an intense fear of being judged or rejected by others in a social context.

“An intense fear of being in a situation where I don’t know anyone. Worried about judgment from others; for example, I worry that people might view me as standoffish.”

“It makes me feel like I don’t want to go out and talk to anyone. I would always rather stay at home and curl up on the sofa, or bury myself in jobs around the house to distract myself from any social demands.”

This is how three people that Medical News Today spoke with described their own experiences of social anxiety.

For some people, dealing with social anxiety means avoiding a variety of social events, including those that would typically be a source of fun and joy, such as parties, or graduation ceremonies.

Social anxiety can lead to isolation and reduced confidence. As someone told us:

“[Social anxiety] makes me feel as if I am the only one suffering in that way, and everyone else is just fine with going out and having a good time together. It makes me feel that no one likes me, so why would they want to talk to me? When they do talk to me, I always feel they are trying to find an excuse to get away and go and talk to someone else.”

The negative emotional and mental states associated with social anxiety can lead to physiological symptoms that worsen a person’s anxiety and lead to further isolation. 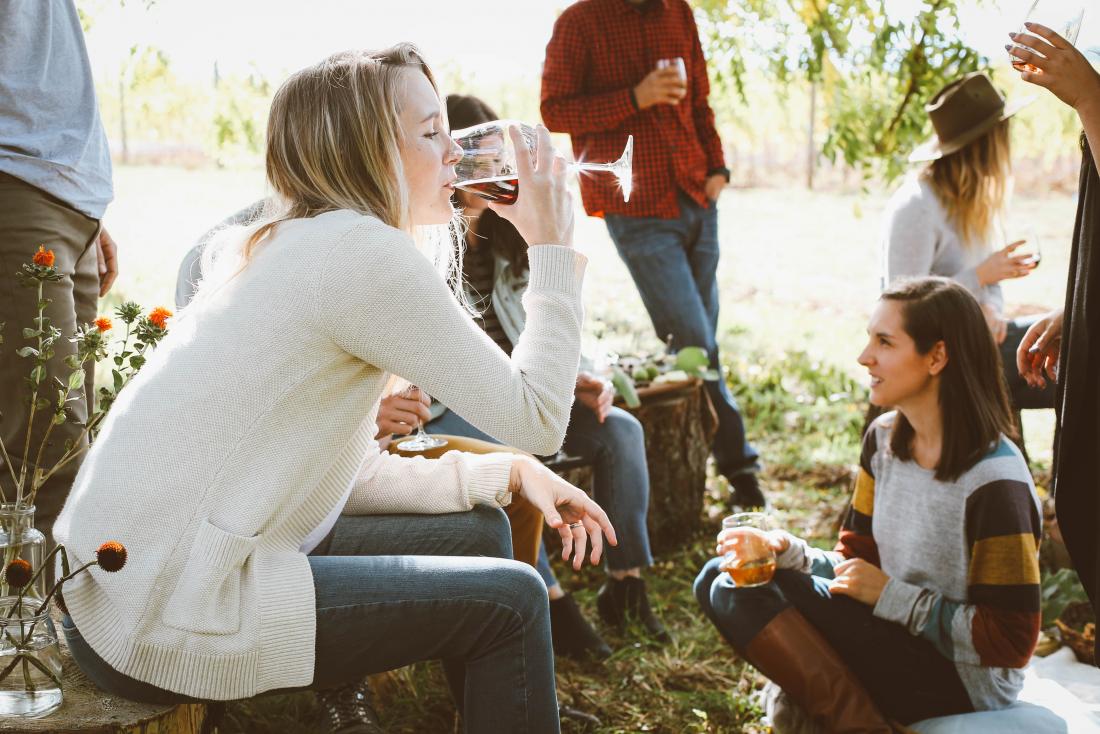 It may be tempting to drink to feel more at ease, but alcohol can actually increase anxiety.

When finding themselves in an unavoidable social situation — such as an office event — many people try to blunt the symptoms of their social anxiety through negative coping strategies, particularly drinking alcohol.

And while the first glass or two of wine may indeed seem like the best antidote against compulsive worry, drinking too much will likely end up making anxiety worse.

Past research has shown that heavy drinking eventually circles back to bad moods, heightened anxiety, and other related symptoms, such as disrupted sleep patterns.

So one top tip when it comes to keeping social anxiety in check and avoiding a potential worsening of symptoms is to avoid drinking too much, even if the initial feeling of relaxation that alcohol can provide seems attractive.

A reader who has successfully kept the symptoms of social anxiety in check told us that besides cognitive behavioral therapy (CBT) and medication, leading a healthy lifestyle — including avoiding alcohol — has helped.

“I […] know [that] if I do the following things, the anxiety is better: exercise regularly, eat well, don’t drink too much alcohol, do things I enjoy,” he said.

2. Face your fears, don’t hide from them

Another go-to for people who experience social anxiety is to avoid engaging in social situations by checking social media or doing other activities on their smartphones. 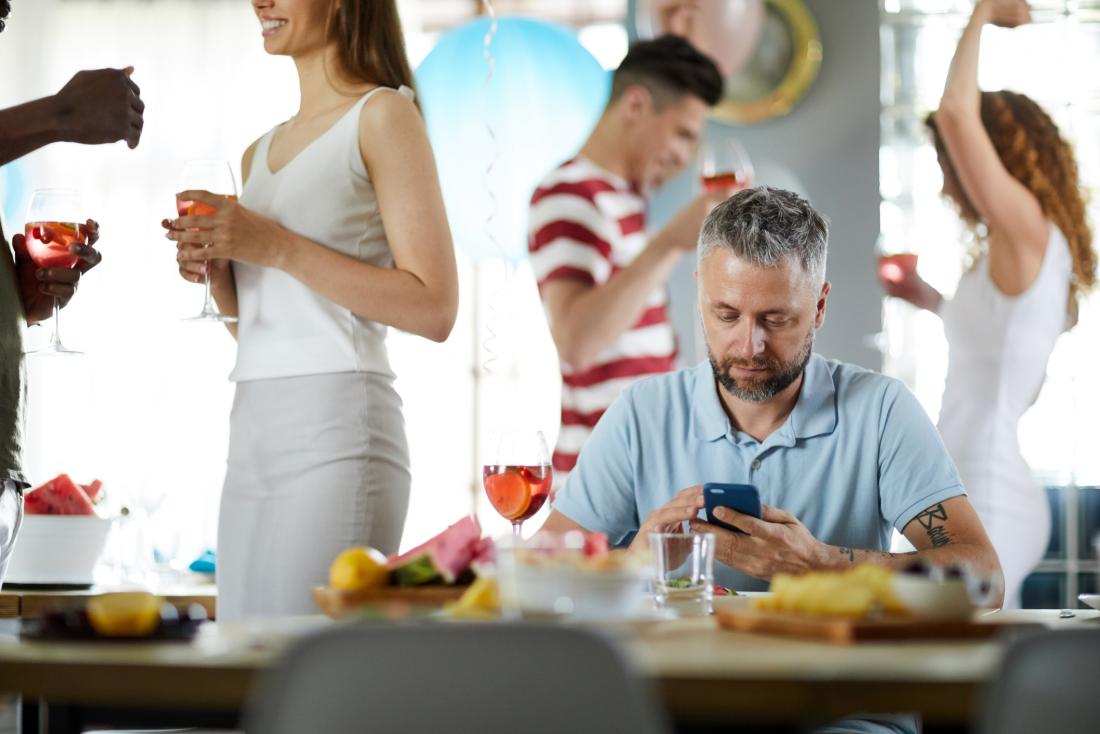 Hiding behind your smartphone to avoid social interaction could do more harm than good.

“I used to wallow in [my social anxiety] and just sort of stand there and pretend to play on my phone,” someone else told us.

A study from 2016 looked at data on 367 young adult participants who were smartphone users. It found “significant positive correlations” between excessive smartphone use and the presence of social anxiety.

A 2017 study found that of 182 young adult smartphone users, those who admitted to being addicted to technology also displayed potential markers of social anxiety, including isolation and low self-esteem.

“Our smartphones have turned into a tool that provides short, quick, immediate satisfaction, which is very triggering,” warns one of the study authors, Isaac Vaghefi, who is an assistant professor of management information systems at Binghamton University-State University of New York.

Moreover, hiding behind a smartphone will only avoid addressing the problem of social anxiety. Although it may seem counterintuitive and even scary at first, it is far better to face social anxiety face-on, through gradual exposure to increasingly complex social situations.

One key therapeutic approach in the treatment of social anxiety calls for intentional exposure to social mishaps. According to researchers, “the goal of the social mishap exposures is to purposely violate the [person’s] perceived social norms and standards to break the self-reinforcing cycle of fearful anticipation and subsequent use of avoidance strategies.”

“As a result, [people] are forced to reevaluate the perceived threat of a social situation after experiencing that social mishaps do not lead to the feared long lasting, irreversible, and negative consequences.”

Put simply, purposely and repeatedly being awkward in social situations to learn that even a few social slips will not lead to rejection or exclusions from social groups. After all, everybody is awkward and makes blunders on occasion.

Someone described her experience of social mishap therapy for social anxiety in this way to MNT: “[F]or a while, when […] I was doing therapy, my therapist at the time suggested I just ‘experiment’ with social failure and awkwardness.

This made me place myself in uncomfortable situations in which, if I something I said or did came out wrong, I would only ‘win’ at the end of the day because I’d just carried out an experiment that nobody else knew about. That gave me back some control over situations that I felt were out of my control.”

“But overall, what helped the most was the acknowledgment of the fact that most people go through [these experiences], and we’re all in the same boat,” she added.

Another top coping strategy for social and other forms of anxiety is to try and reframe your understanding of the stress you are experiencing. 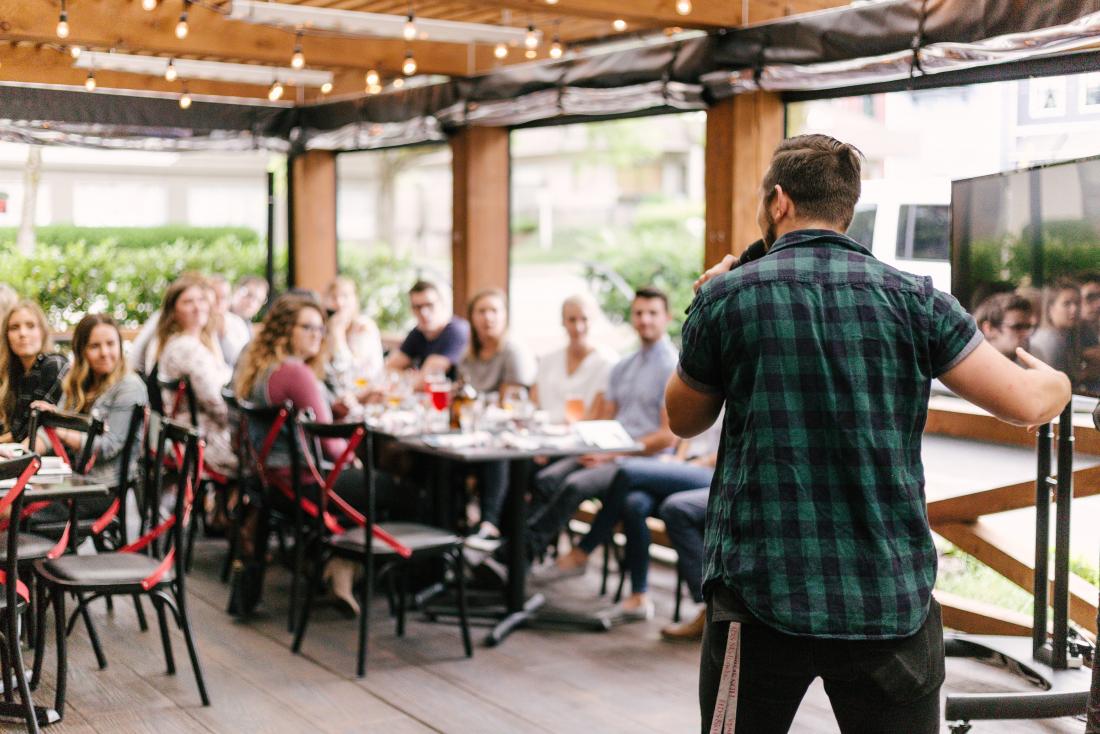 Countering negative thoughts with positive ones could also help you overcome your fears.

“The problem is that we think all stress is bad,” says Jeremy Jamieson, assistant professor of psychology at the University of Rochester in New York.

In 2013, Jamieson and colleagues conducted a study showing that when an individual (with or without social anxiety) understands how their their body responds to certain stressors, such as public speaking, they experience less stress in uncomfortable social situations.

“We see headlines about ‘Killer Stress’ and talk about being ‘stressed out,'” notes Jamieson. “But those feelings just mean that our body is preparing to address a demanding situation. The body is marshaling resources, pumping more blood to our major muscle groups, and delivering more oxygen to our brains,” he explains.

Understanding that these are just natural, yet false, alarms can help make people feel more at ease when they have to do something that usually makes them anxious, the researchers found.

Other research suggests that a helpful tool in coping with worries and negative thoughts is the “yes, but” technique. This technique requires the individual to challenge negative thoughts and counterbalance them with a positive affirmation.

For example, in a social anxiety scenario, a person would think: “Yes, I will indeed be attending a party packed with people that I don’t know. But, I am a funny, interesting individual with lots of hobbies, so I will definitely find something to talk about with others.”

Specialists suggest that to turn the table on the negative thoughts completely, a person should counter their fear with not just one, but up to three positive, affirming thoughts.

4. Do something nice for someone

Finally, a good way to take the edge off being in a social situation is to try and distract yourself from all the worries and negative thoughts by doing something nice for someone else. 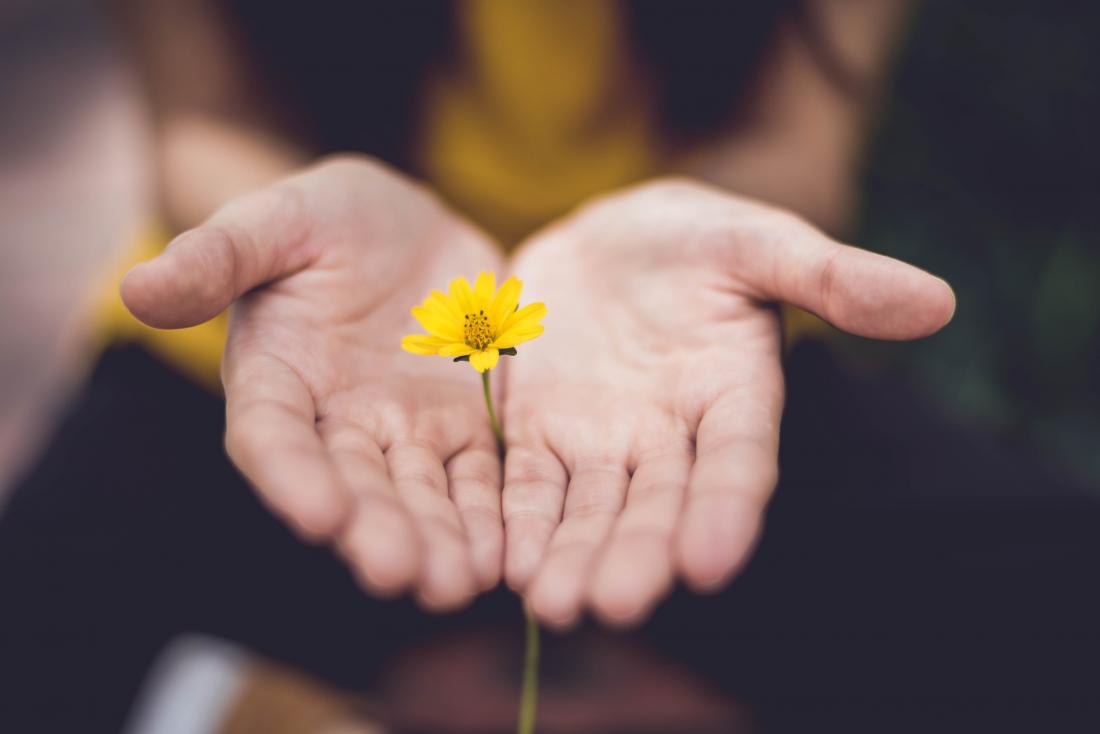 Doing something as simple as performing a small act of kindness could also help counteract social anxiety.

Previous research has shown that kind deeds can have a positive impact on mood. A study from 2017 found that doing good things for someone else activates a brain area linked with the motivation and reward cycle.

According to a study published in the journal Motivation and Emotion in 2015, selfless acts could help people who have social anxiety feel more at ease in social situations.

In the study, people who actively engaged in acts of kindness towards others, such as helping a neighbor mow their lawn, later felt less avoidant of social situations.

“Acts of kindness may help to counter negative social expectations by promoting more positive perceptions and expectations of a person’s social environment,” explains one of the study authors, Jennifer Trew, Ph.D., from Simon Fraser University in Burnaby, Canada.

“[Kindness] helps to reduce [individuals’] levels of social anxiety and, in turn, makes them less likely to want to avoid social situations.”

People who spoke to MNT also emphasized the importance of replacing negative associations — for instance, of bad experiences in a social context — with positive ones to reduce social anxiety.

“People have a negative narrative in their head because that narrative comes from memories of awkward or embarrassing moments that override everything else,” someone told us.

“So if you have one good interaction, you can use that momentum in the same way to get yourself another, and another. Before you know it, you have a library of positive references, and you naturally find that negative self-talk diminishing,” he added.

In the end, this person said, it all comes down to building a better mental environment, brick by brick. “It becomes an ‘upwards spiral,’ if you will,” he told MNT.

How are diabetes and stress linked?

How are diabetes and stress linked?

A Breakfast Fit for Making Your New Year’s Resolutions

What Are the Side Effects of Changing Your Diet?

What Is the Best Natural Brain Booster?

What Should You Eat When You Feel Fatigued?